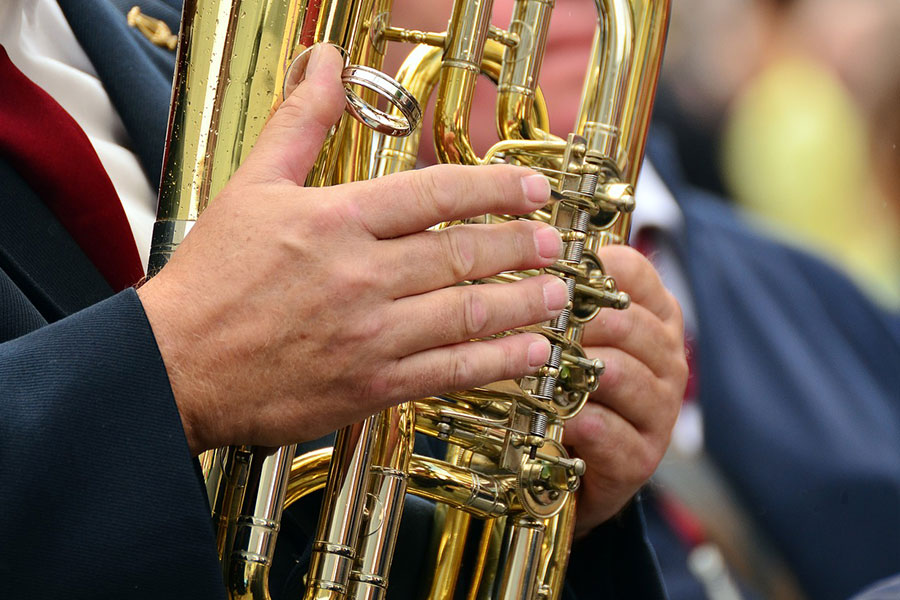 Thanks, again, to the Link for continuing to provide financial support for the Band – this time in the form of a donation of £250 in May of this year. The Training Band has asked if we can attend the 2020 SWBBA Exmouth Festival. They will require support from the senior band and this money has provisionally been allocated to a fund we are setting up to cover the anticipated travel costs and fees involved. It will be the first time that we have entered the band in a competition outside Cornwall.

The Training Band again entered the West of England Bands Bugle Festival in June, and again came a very creditable second, losing by only one point to the same Plymouth Youth band that pipped them last year . Our young players made a great impression on the Bugle audience and two of the youngest were interviewed on Westcountry News as part of their coverage of the festival. The Training Band also entered the Wadebridge Carnival in July for the first time and did very well to gain a third place certificate in their class. Congratulations to all the players involved.

The Senior Band is about half way through the summer programme . We will be playing on the beach at Polzeath until early September, with the starting times gradually coming forward to 7 pm by the end of August . We welcome experienced guest players at these beach concerts.

Finally, our Musical Director, Kevin Ackford, celebrates 50 years of banding this autumn and he has organised a combined concert combining three of the SW England bands he has been particularly associated with over this time – Holsworthy, St Austell and St Minver.

The concert will be held at the Holsworthy Theatre, Holsworthy, at 7:30 pm on Saturday October 5th . Tickets can be booked in advance on 01409 254617 (£7) or paid for on the door (£10). Anyone of any age who is interested in joining the band either as an experienced player or
as a beginner can contact us on the phone numbers listed in the Link.